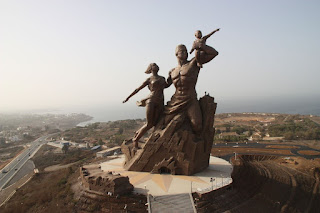 Dr. Chancellor Williams (1893–1992), an African-American sociologist, historian and writer in his book 'The Destruction of Black Civilization: Great Issues of a Race From 4500 B.C. to 2000 A.D.' explained why Black Africans - the first builders of civilization in the cradle of world civilization and the inventors of mathematics, writing, sciences, engineering, medicine, religion, fine arts and the builders of the great pyramids - were toppled.

In the concluding chapter of his book, Dr. Williams made the following pertinent comment:

…Although the African people may continue their present course of weakness on into the future with thousands of un-unified organizations, powerless and, therefore forever dependent like half-men and half-women unable to use their own brains, although this tragic situation may continue into an uncertain future, we say, it can never be said again that such a hopeless situation persists because no member of the race or any group has ever studied the principal problems and the obstacles to their solutions based on history, and then offered an overall plan as one of the possible lines of march out of the morass. For there have been a number of plans.

Bleak as the current reality is, at House of Mercy Children’s Home, Lagos, Nigeria (HOM), we envision:

·        The resurgence of a peaceful, vibrant, prosperous and united Anglophone, Francophone and Lusophone Africa, rich in its mother tongue languages, cultural diversity, history and arts,

·        A cohesive continent where the knowledge and the skills of its people are its foremost resource,

·        A continent-wide promotion of peace, security, justice, prosperity and a better life for all children, women and men, irrespective of their ethnicity, mother tongue language, religion, age, abilities or disabilities and

·        A strong and free continent united in solidarity with people of African descent living in the Diaspora, speaking with one voice in defense of the dignity and the human rights of Africans or Black people in the Diaspora.

Our vision seeks, not a nostalgic return to African civilizations prior to invasion and destruction by the  foreign invaders and colonisers; but an advance of African political, social, economic, health, cultural, educational, scientific and technological development to a much greater degree.

Toward the realisation of this vision, we have compiled a playlist titled African Renaissance featuring a comprehensive list of resources in English, French and Portuguese providing tangible solutions to the challenges facing Nigerians and Africans as a whole. The African Renaissance playlist is available on our YouTube channel.

House of Mercy Children's Home Lagos, Nigeria (HOM) advocates for evidence-based policies and programmes for the well-being, safety and survival of children across Africa. We operate all our charitable activities from our main office in Lagos, Nigeria. We do not have branch offices in any other country in Africa. Please beware of fictitious branch offices as well as fake agents and ambassadors! 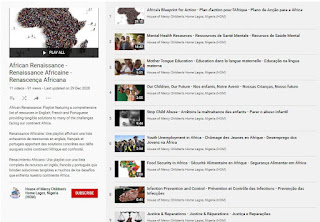 Dr. Chancellor Williams (1893–1992), an African-American sociologist, historian and writer in his book 'The Destruction of Black Civiliz...